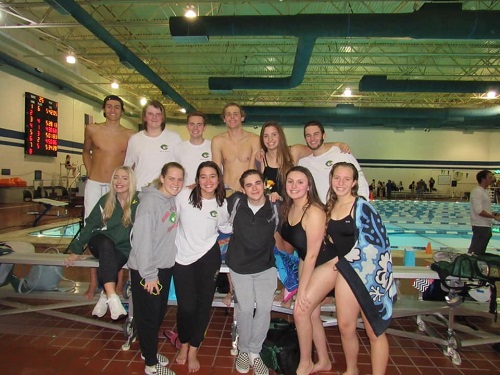 The seniors compete in their final meets of their high school career. The swim team closed out the season with several key accomplishments.

What happened: Falcon swim and dive team competed in the regional competition less than two weeks ago at the Midtown Aquatic Center in Newport News, VA. The boys placed first and Falcon girls placed third. The boys team, along with a few swimmers from the girls’ team, along with some of the divers, moved on to the state championship at George Mason University last weekend. Ultimately, the boys placed 11th and the girls placed seventh.

They said it: “The meet was a lot of fun and there couldn’t have been a better way to close out the season and my senior year,” Finman said.

Key moment: The boys team, as well as a few of the girls were able to qualify and compete in the state championship meet and earn rankings to close out the season.

Up next: After a successful post-season, the swim and dive team will continue to train, with plans to be back in the water, competing in November.