As a tribute to the social media blog "Humans of NY", the Falcon Press staff decided to create a spin-off entitled, "Humans of Cox". Staff members will roam the hall each month and find a human with an inspirational bit of advice, unusual story to tell, or who simply wants to chat about life. 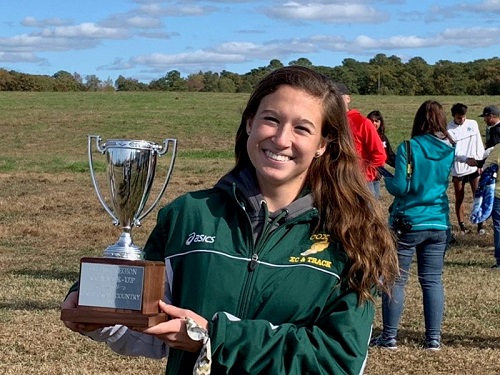 SENIOR JORDAN PARKER-ASHE hopes to spread the kindness that was passed to on her over the years and by those who helped her family. Parker-Ashe is thankful to have discovered such an interesting and diverse family history.

“This past summer, me and a group of teens from my youth group hiked from the Mediterranean Sea to the Sea of Galilee in Israel, and it was definitely a life-changing journey. Firstly, there were a ton of cows. A ton. I had no idea how a bunch of cows got on a desert mountain path. Secondly, the stars in the night sky were so clear, I’d lay down at night on my sleeping bag and gaze up into the glittering Milky Way until I fell asleep. As someone super interested in astronomy, it was a dream to come true. But really, my Israel trip reminded me of how being Jewish has always been a central part of who I am. I am a descendant of a Holocaust survivor- the Nazis first came to my grandfather when he was six in Paris. He escaped to the rural south of France into occupied Vichy territory, and was taken in by a family of non-Jews who risked their lives to save his. They hid him in a false staircase during deportation raids, and miraculously, he survived and escaped to America. 70 years later, he was reconnected with them via Facebook, and my whole family and I flew to the village where the remaining family members still lived. After all these years, they kissed my cheek, and my cousin, all 19 of us, and showed us to the attic to where my grandfather used to hide. I charge all of us to spread compassion and love like wildfire, and to stand up against bigotry and intolerance. For me, it’s not only my duty, it’s my destiny.”