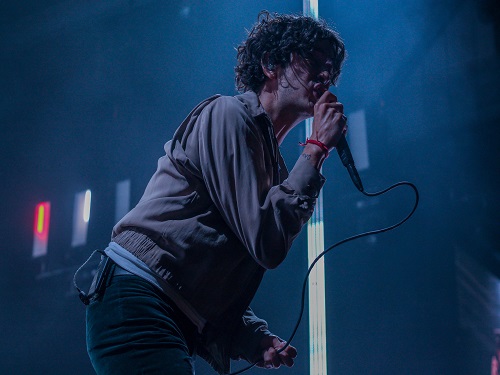 Junior Spencer Davidson is no stranger to a camera and can be seen both at school and in the community snapping pics.

“I started going to concerts 3 years ago; i saw photographers in the press pit and I decided that’s what I wanted to do,” Davidson said.

Since making connections in April at Virginia Beach’s “Something in the Water” event hosted by local and now famous artist Pharrell Williams, Davidson seems to be ‘in the know’ when it comes to concert venues. Using press passes he acquires from such connections affords him the opportunity to take photos and write reviews  that are beginning to bring him notoriety, not only locally, but throughout the state.

According to rvamag.com, the magazine is all about community empowerment and delivering new and innovative ways to tell stories from Richmond and the Commonwealth. The magazine also offers readers an immersive experience which lives at the intersection of art, music, culture, and politics.

‘When I reached out to the mag they were very accommodating and willing to work with a young journalist,” Davidson said.

The 1975 Make Strong Musical and Political Statements At VACU Live