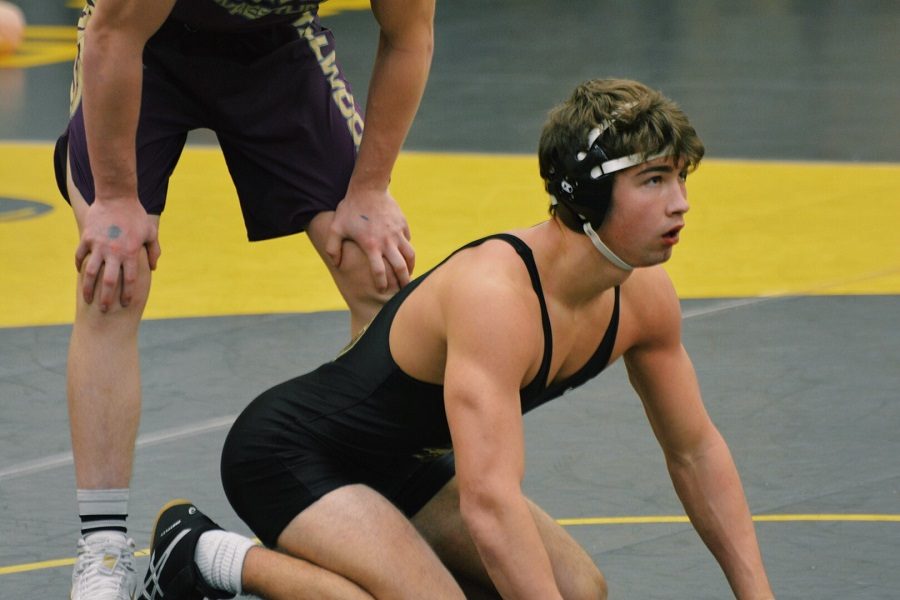 SENIOR DALTON LoALBO (152 lbs.) takes the mat in his defensive stance to continue his match. The Falcons competed in the Beach District tournament this past weekend.

They said it: “We got to see what some of the local teams look like for the first time. Both Kellam And First Colonial have a very good team this year. The win against Ocean Lakes really helped the team gain traction for the rest of the season”, Coach Dalton Head said.

Key Moment: The Falcons key win for the night came with a team win against the Dolphins from Ocean Lakes. Both teams have had early success in the season, but the Falcons prevailed in this contest.

Up Next: The Falcons will travel to the Hampton Coliseum for the annual Virginia Duals tournament on Friday, January 11. Cox will be competing against Orange County at 7 pm on mat 4.